The KartRider: Drift dev team has been going all-out with development while envisioning a gameplay environment where anyone can freely play on any device with a single account, no matter where they are. We’ve previously shared that you’ll be able to play KartRider: Drift on PlayStation, Xbox, and PC with a single account, but now we have expanded that to include iOS and Android as well! We've created a single gameplay environment for all our Racers, no matter the platform.

Play on your PC or console device at home, and then take KartRider: Drift with you on supported mobile devices when you’re on the move! Go beyond the platform barrier to enjoy KartRider: Drift wherever and whenever you want. Now that this gameplay environment has been created, we are finally able to say that this a true cross-platform game. 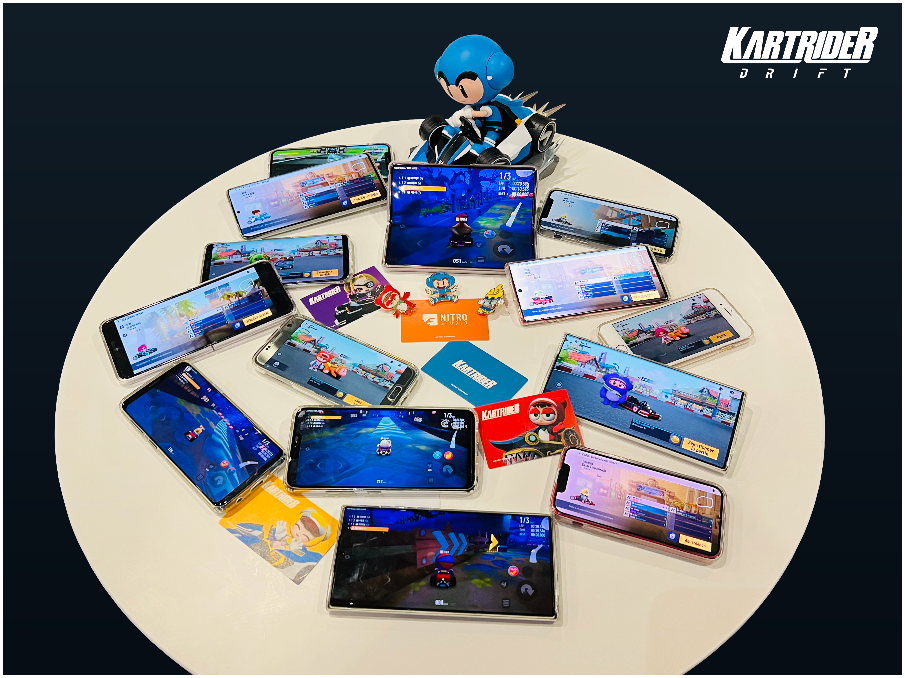 We wanted to give you this news earlier, but we were concerned about promising something that wasn't yet complete. Now that we've surpassed the final roadblocks to this challenge, we're thrilled to share this news with you!

When we race together next time, it won't just be on PC and console devices. Put the pedal to the metal wherever you are, as you play easily even on mobile devices (but no racing while you drive!)

We know you’re all eagerly waiting for more information, but bear with us a little longer as we have a lot more to say coming this summer.